This marvelous piece from Hadrian’s Villa is a headless statue of Athena of the Vescovali-Arezzo Type and made of Luna marble.

END_OF_DOCUMENT_TOKEN_TO_BE_REPLACED

Ruins of a grand Roman countryside villa (villa rustica) were discovered by a local school teacher at the end of the 19th century outside the village of Borg in the municipality of Perl (Germany). The villa consisted of three wings covering an area of more than 7.5 hectares. The complex was excavated in the late 1980s and a plan to reconstruct an authentic representation of the buildings as they originally appeared in the 2nd and 3rd centuries AD began in 1994. The project was completed in 2008 although further excavation work is still undergoing.

END_OF_DOCUMENT_TOKEN_TO_BE_REPLACED

Italica is a well-preserved Roman city located in modern-day Santiponce, 9 kilometres north of Seville in Spain. The city was founded in 206 BC during the Second Punic War (218-202) when the Roman commander Publius Cornelius Scipio settled his Italian veterans on this site following a victory at the Battle of Ilipa. Although the nearby town of Hispalis (Seville) would always remain a larger city, Italica became an important centre of Roman culture and was awarded the title of colonia. The name Italica reflected the veterans’ Italian origins. 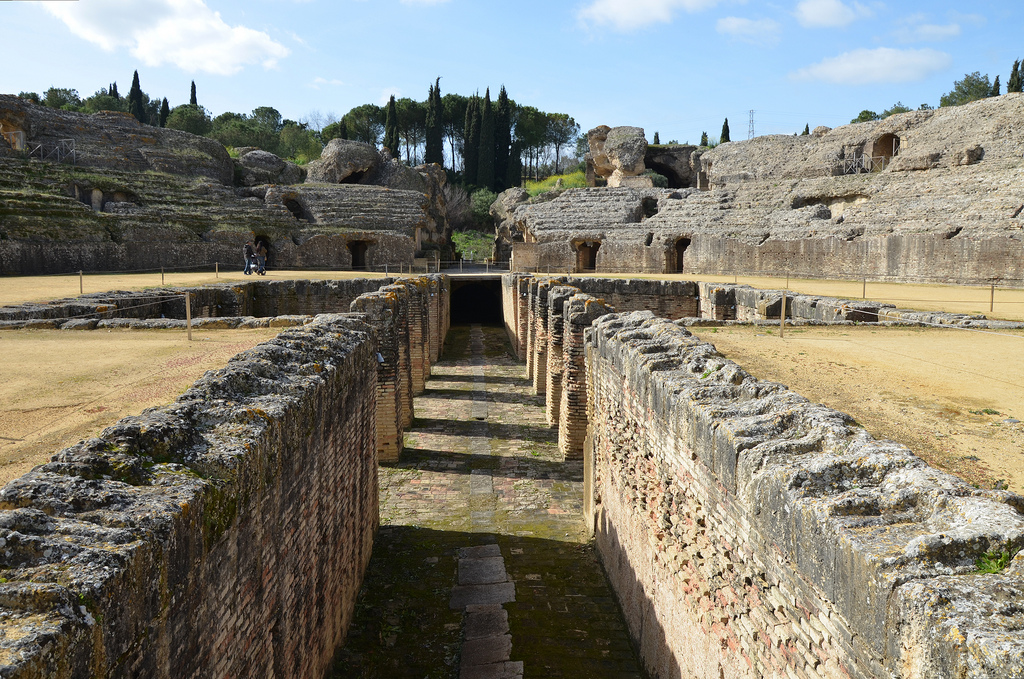 END_OF_DOCUMENT_TOKEN_TO_BE_REPLACED

Located in the village of Nennig in the delightful Upper Moselle Valley, the Roman Villa Nennig (German: Römische Villa Nennig) houses a richly illustrated gladiatorial mosaic, one of the most important Roman artefacts north of the Alps. Protected by a dedicated building built about 150 years ago and covering an area of roughly 160m2, the mosaic vividly portrays musicians, hunting scenes and gladiatorial contests. 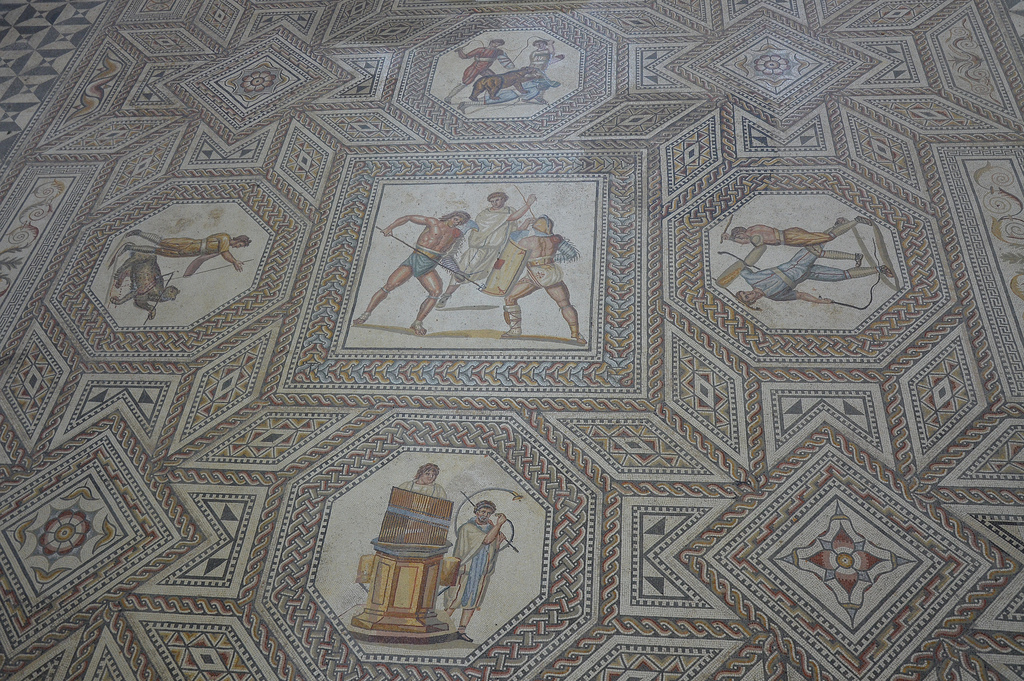 END_OF_DOCUMENT_TOKEN_TO_BE_REPLACED

In an effort to share more of our favourite ancient objects from around the world, Ancient History Encyclopedia staff have taken a closer look at some really amazing objects or structures. Today’s Object in Focus is the Meroe Head of Augustus.

END_OF_DOCUMENT_TOKEN_TO_BE_REPLACED

In this post, we will explore images of the Siege of Lachish Reliefs and the story they depict. While these reliefs have been studied by countless people, not many do so through the eyes of the Lachish people. This time, we will consider the Lachish people and hopefully gain a humanitarian perspective.

END_OF_DOCUMENT_TOKEN_TO_BE_REPLACED

Although mentioned several times in the Biblical texts, the actual existence of the Hittites was largely forgotten until the late 19th century. With the discovery of Hattusa in 1834, the city that was for many years the capital of the Hittite Empire, the Hittites were finally recognized as one of the Great Superpowers of the ancient Middle East in the Late Bronze Age.

END_OF_DOCUMENT_TOKEN_TO_BE_REPLACED

Most, if not all, of our readership knows about the intentional destruction of ancient artifacts, buildings, mosques, shrines, and the contents of Mosul museum contents by the so-called Islamic State of Iraq and Syria (ISIS). The Governorate of Mosul in Iraq is the site of several ancient Assyrian cities (Nimrud, Kouyunjik, and Dur-Sharrukin), in addition to Hatra. The 3,000 year old ancient city of Kalhu (modern-day Nimrud; Biblical Calah) received the bulk of the blow, and a propaganda video issued by ISIS in April 2015 showed the dramatic and shocking explosion of the northwest palace of the Assyrian king Ashurnasirpal II.

The in situ artifacts of Nimrud were composed of palace wall reliefs, mainly from the northwest palace of Ashurnasirpal II,and few lamassu, which are mythical human-headed and winged bulls or lions. Thanks to the great work and excavations conducted by archaeologists from many parts of the world, in addition to Iraqis, artifacts from the Assyrian city of Nimrud are now displayed to the public in many museums and private collections all around the globe.

END_OF_DOCUMENT_TOKEN_TO_BE_REPLACED

I was attending a neurology event in Erbil (the ancient city of Arbela also known as Hawler in Kurdish), which is the capital city of Iraqi Kurdistan. The last time I had visited the Erbil Civilization Museum (Kurdish: موزه خانه ي شاره ستاني هه ولير  ; Arabic: متحف أربيل الحضاري) was in September 2014. In comparison to the Sulaymaniyah Museum (the other archaeological museum in Iraqi Kurdistan), this museum is much smaller in terms of size and number of displayed antiquities. However, it has a considerable collection of interesting artifacts to view. The following is a tour of some of the museum’s highlights, which are little-known outside of Iraq.

END_OF_DOCUMENT_TOKEN_TO_BE_REPLACED

In 1821 ten paintings were purchased from Mr. Henry Salt (1780-1827) and arrived at the British Museum. The eleventh painting was acquired in 1823. Each painting appeared to have been mounted with a slightly different support material. Finger marks and hand prints on the backs of many of the paintings suggest that the paintings were laid face down onto a surface and that a thickened slurry-mix of plaster was applied to the back of the mud straw. All these paintings have undergone extensive conservation.

In 1835, the paintings were put on display to the public within the “Egyptian Saloon” (now the Egyptian Sculpture Gallery) at the British Museum. They were then given the inventory display numbers (nos. 169-70, 171-81). However, at the beginning of the 20th century they were given their current inventory numbers of EA37976-86. There is little indication that they originally came from the same tomb-chapel.