Though this post only discusses 10 ancient Greek inventions and discoveries, there are, in fact, many more attributed to them.

Greek findings range from astronomy and geography to mathematics and science. Greek interest in the scientific specification of the physical world started as far back as the 6th century BCE. They proved quite versatile in this area. Greece contributed a lot of knowledge to the modern world. Many ancient Greeks hold the title of the Father of Science, the Father of Medicine, or Zoology. Even remarkable leaders like Alexander the Great and Pericles with their innovative and philosophical ideas motivated many others to follow in their footsteps.

Not so long ago, water mills were a revolutionary invention used all over the world for the purpose of shaping metal, agriculture, and most importantly, milling. To mill meant to grind, and that invariably meant to grind grain. This in turn led to the production of edible staples like beaten rice, cereals, pulses, flour and so on. Ever since its origination, the water mill has seen a number of subsequent variations. These mills are still used in many parts of the rural world to serve similar purposes.

According to the contemporary Greek engineer Philo of Byzantium, this useful invention originates from the earliest known Perachora wheel, created in Greece in the 3rd century BCE. Earlier, the portions of the mechanical treatise on this particular water mill, described by Philo, were regarded to have Arab origination. But recent research by British historian M.J.T. Lewis proved that the water mill is an authentic ancient Greek invention.

Odometers are one of the most widely used instruments in present day. They measure the distance travelled by any vehicle such as a bicycle or automobile. Even though modern odometers are digital, they used to be mechanical. This omnipresent instrument also originated in the time of ancient Greece. It was first described by Vitruvius around 27 BCE, and evidence points to Archimedes of Syracuse as its inventor sometime around the first Punic war. Some historians also attribute its invention to Heron of Alexandria. Regardless of that, once invented, it was widely used in the late Hellenistic time by Romans for indicating the distance travelled by a vehicle. By accurately measuring distance and enabling its careful illustration with milestones, it helped revolutionize road building and travel.

The alarm clock is one of today’s most commonly used gadgets, and it also originates from ancient Greece. The first of alarms used by ancient Greeks were nothing like the ones today. They used an integrated mechanism to time the alarm, which would sound off delicate water organs or drop pebbles into drums. The ancient Greek philosopher Plato (428–348 BCE) was said to possess a large water clock with an unspecified alarm signal similar to the sound of a water organ; he used it at night, possibly for signalling the beginning of his lectures at dawn. The Hellenistic engineer and inventor Ctesibius (285–222 BCE) fitted his clepsydras with a dial and pointer for indicating the time, and added elaborate alarm systems which could drop pebbles on a gong or blow trumpets (by forcing bell-jars down into water and taking the compressed air through a beating reed) at pre-set times.

Cartography is the study and practice of making maps. It has played an important role in travel and navigation since ancient times. The earliest known evidence of cartography points towards ancient Babylon, however, it was the Greeks who brought cartography into new light and discovered its possibilities. Anaximander was one of the pioneer cartographers to create a world map. Born between 611-610 BCE, this map maker of the ancient world made important contributions to astronomy and geography.

Anaximander is mentioned in Aristotle’s work, who categorized him as a pupil of the physical school of thought propounded by Thales. A reputed cartographer, Anaximander presented the inhabited regions in his map of the world. The map appeared as a tablet and featured Ionia in the center. The world map bounded on the east by the Caspian Sea. It stretched to the Pillars of Hercules in the west. Middle Europe borders the map in the north while Ethiopia and the Nile featured at the southern end of the map of Anaximander.

Anaximander made immense contributions in the field of cartography and geography, and his map of the world was indeed a marvelous achievement of the time.

The modern Olympics are one of the greatest spectacles of sport. But when Pierre de Coubertin, the founder of the international Olympic committee started the first modern Olympics in 1896, he was extensively inspired by the ancient Olympics that used to be held in ancient Greece more than 2700 years ago. According to historical records, the first ancient Olympic Games can be traced back to 776 BCE. They were dedicated to the Olympian gods and were staged on the ancient plains of Olympia. The Isthmian Games were staged every two years at the Isthmus of Corinth. The Pythian Games took place every four years near Delphi. The most famous games were held at Olympia, South-West of Greece, and took place every four years. People from all over the Greek world came to witness the spectacle. The victors were given olive leaf wreaths or crowns as a prize.

Geometry is without a doubt one of the oldest branches of mathematics, perhaps even older than arithmetics itself. Its practical necessity demanded use of various geometric techniques long before recorded history. Indeed, the Egyptians, Babylonians and the Indus Valley Civilization were among the first to incorporate and use such techniques, but they were never interested in finding out the rules and axioms governing geometry. The Babylonians assumed the value of Pi to be 3 and never challenged its accuracy.

However, the age of Greek geometry changed everyone’s perception of it. The Greeks insisted that geometric facts must be established by deductive reasoning, much like how it is done these days. Thales of Miletus, regarded as Father of Geometry, set up a number of axioms and rules that were based on reasoning (called mathematical truths) in the 6th century BCE. Then there was Pythagoras, Euclid, and Archimedes, whose geometrical axioms and rules are still taught in schools today. There were many more Greek mathematicians and geometers who contributed to the history of geometry, but these names are the true giants, the ones that developed geometry as we know it today.

The ancient world did not fare well when it came to curing diseases. Back then, diseases were supposed to be the gods’ way of punishing humans, and all possible remedies were surrounded by superstition. That all changed when Hippocrates of Cos started to collect data and conduct experiments, showing that disease was a natural process; that the signs and symptoms of a disease were caused by the natural reactions of the body to the disease. Born in 460 BCE, Hippocrates was an ancient Greek physician, considered one of the most outstanding figures in the history of medicine. He was referred to as the Father of Western Medicine in recognition of his lasting contributions to the field as the founder of the Hippocratic School of Medicine.

The most famous of his supposed contributions is the Hippocratic Oath. It was this document that was first proposed as an ethical standard among doctors when doing their work. It brings up important concepts we still use today such as doctor-patient confidentiality.

Before the age of ancient Greece, the world did not see philosophy as we see it today. It was shrouded with superstition and magic, for instance, if the Nile would rise and flood, making the soil dark and fertile, the Egyptians would believe it happened because their Pharaoh commanded the river to do so. But the Greeks approached philosophy in a different way. They developed philosophy as a way of understanding the world around them, without resorting to religion, myth, or magic. In fact, the early Greek philosophers were also scientists, who observed and studied the known world, the earth, seas, and mountains, here below, and the solar system, planetary motion, and astral phenomena, above.

Their philosophy, based on reasoning and observation of the known world, played a pivotal role in the shaping of the western philosophical tradition. Philosophers like Socrates, Plato, Aristotle provided such influential philosophies that in the subsequent ages their studies were used to teach Rome and other western cultures.

The idea that every citizen has an equal opportunity to have his turn in the government constitutes the concept of democracy. It is one of the widely used styles of government in the modern world. Even more fascinating is the fact that democracy has its origins in ancient Greece. In fact, the concept as well the implementation of democracy can be traced back to ancient classical Athens.

Although, there is evidence that democratic forms of government, in a broad sense, may have existed in several areas of the world well before the turn of the 5th century BCE, it is generally believed that the concepts of democracy and constitution were created at one particular place and time – in ancient Athens around 508 BCE. For this reason, Athens is regarded as the birthplace of democracy. This transition from the exploitation of aristocracy to a political system where all the members of the society have an equal share of formal political power had a significant impact on future civilizations.

It would be only fair to say that, given the evidence, the ancient Greeks made some outstanding contributions in various branches of science. They broke contemporary stereotypes in the fields of astronomy, biology, and physics, and excelled in mathematics. The Greeks had so much influence in the early concepts of science that most symbols often used in physics and higher math equations are derived from the Greek alphabet.

Aristotle gave us the idea of the Earth being a globe. He also classified animals and is often referred to as Father of Zoology. Theophrastus was the first botanist we know of in written history. The Pythagoreans not only made the earliest of advances in philosophy and geometry, they also proposed the heliocentric hypothesis with the Earth revolving around the Sun. This idea was so ahead of its time that it was disregarded as blasphemy. Archimedes discovered that submerging a solid object will displace an amount of liquid that matches the object’s weight. 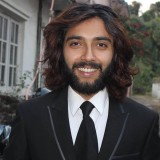