Ruins of a grand Roman countryside villa (villa rustica) were discovered by a local school teacher at the end of the 19th century outside the village of Borg in the municipality of Perl (Germany). The villa consisted of three wings covering an area of more than 7.5 hectares. The complex was excavated in the late 1980s and a plan to reconstruct an authentic representation of the buildings as they originally appeared in the 2nd and 3rd centuries AD began in 1994. The project was completed in 2008 although further excavation work is still undergoing. 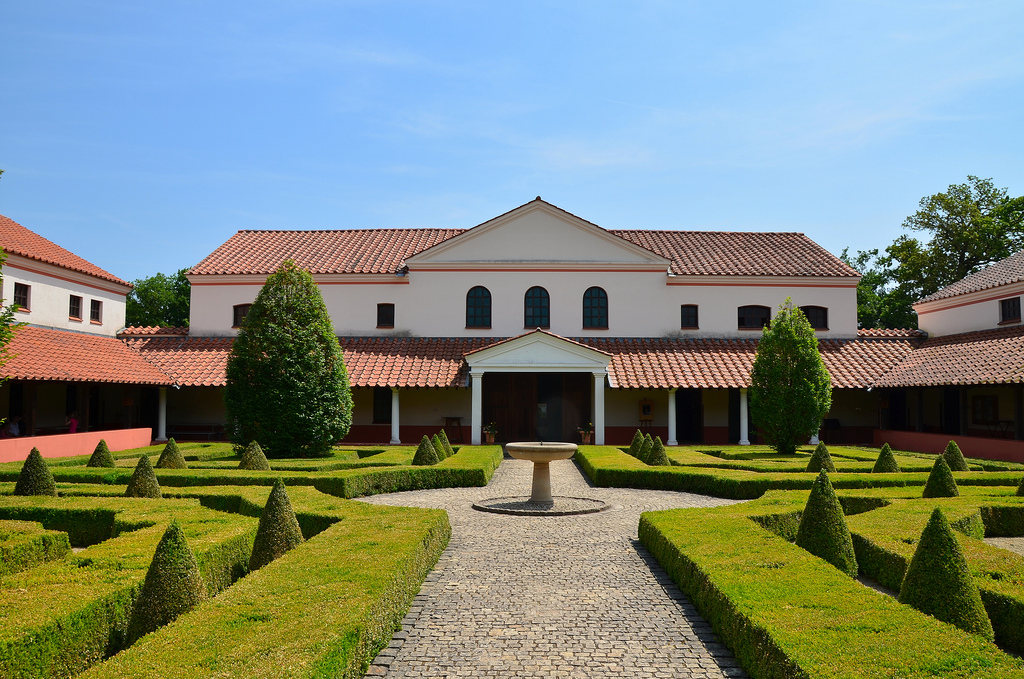 The site consisted of an agricultural facility including a large palatial residence or pars urbana and a pars rustica or economic area. The reconstruction of the Roman villa rustica was based on the local findings and on excavation work done at similar sites in the Saar region, such as the villa at Echternach in Luxembourg. The reconstructed buildings now stand on the Roman foundation walls, revealing their probable appearance in the 2nd to 3rd centuries AD. Today the archaeological park functions as an open-air museum and provides a detailed impression of what life was like back then in the countryside.

The reconstructed buildings comprise of the baths which are fully functional and consist of a frigidarium (cold bath), caldarium (hot bath) and tepidarium (tempered bath) together with latrines and a dressing room (apodyterium); the manor or main building with a large reception hall and a number of adjacent rooms in which the most important finds from the site and replicas (see here) are displayed; the Roman kitchen; a residential building. A tavern in one of the wings which was not part of the original villa serves food and drinks based on ancient Roman recipes. The Villa Borg produces its own Roman bread which you can buy at the tavern. The bread is baked inside the reconstructed Roman kitchen (culina).

In 2000 the villa complex was expanded in the wake of the EU project “Gardens without Limits“. Six gardens were created on the complex site: the courtyard garden, the herb garden, the rose room, the fruit garden, the vegetable garden and the flower garden. The fruits, vegetable and herbs are used for the preparation of the Roman and regional dishes in the Tavern.

Until now only the pars dominica, which was the residential area exclusive to the master (dominus) and his family, has been excavated. Excavation work is currently being carried out in the area of the pars rustica, the area reserved for servants and workers of the farm.

The Saarland and Mosel Valley’s ancient Roman heritage has a lot to offer to tourists and scholars alike. More than 120 antique sights along the Moselle and the Saar rivers, the Saarland and Luxembourg are testament to the Gallo-Roman era north of the Alps (further information here).

Visiting the Roman Villa Borg: The villa is open from Tuesday to Sunday from 10am to 6pm April to October and from 11am to 4pm February to March and November. The site is closed on Mondays and in December and January.