Happy Saturnalia to all!

December 17, marks the beginning of the Saturnalia, a festival held in honour of Saturn that lasted for between 3 and 7 days. It was celebrated in Rome for the first time in 497 BC when the Temple of Saturn in the Roman Forum was dedicated. The poet Catullus called it “the best of days” – Saturnalibus, optimo dierum!. 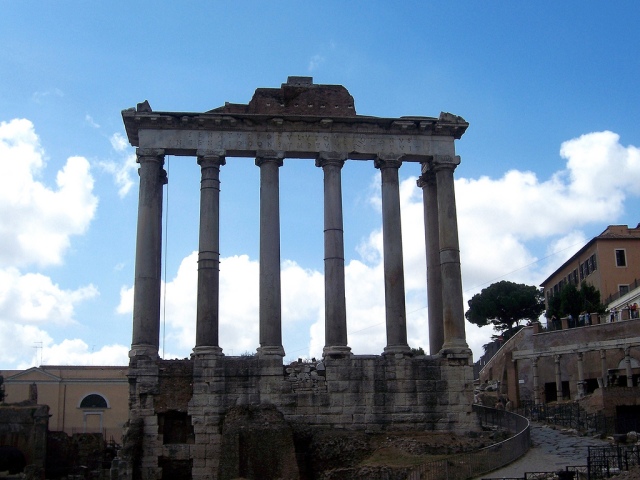 The Temple of Saturn in the Roman Forum, Rome

The holiday began with a sacrifice at the Temple of Saturn. After the rituals, the celebrants shouted ‘Io, Saturnalia’ (Macrobius I.10.18). It was followed by several days of feasting and fun.

“It is now the month of December, when the greatest part of the city is in a bustle. Loose reins are given to public dissipation; everywhere you may hear the sound of great preparations, as if there were some real difference between the days devoted to Saturn and those for transacting business. … Were you here, I would willingly confer with you as to the plan of our conduct; whether we should eve in our usual way, or, to avoid singularity, both take a better supper and throw off the toga“ (Seneca, “Letters“)

To celebrate the festive season in style, I made my own Saturnalia shrine. 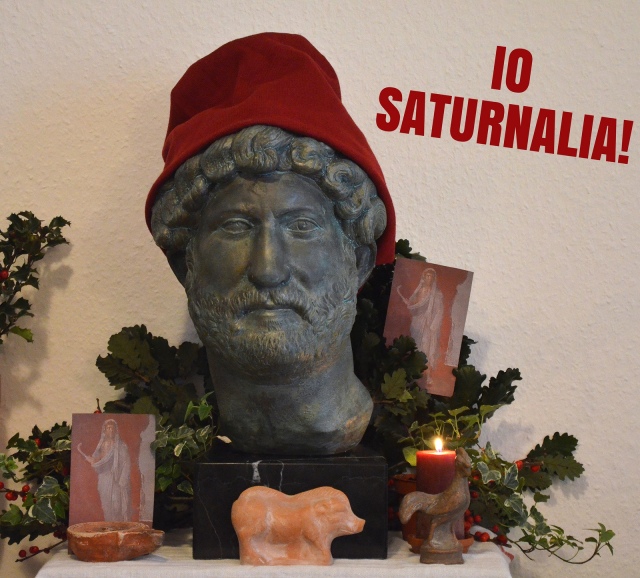 Hadrian is wearing the pileus, as was the tradition during the festival. These pointy hats were traditionally worn by freedmen but during Saturnalia, all men, regardless of status, wore the pileus. Hadrian is set among foliage, ivy, holly (sacred to Saturn), images of the god Saturn, candles and terracotta figurines (sigillaria). Romans also decorated their houses with greenery. Garlands and wreaths of ivy and holly were hung over doorways and windows. Images of the god Saturn were placed around the altar, candles were lit and a suckling pig was sacrificed to the god.

The image of the god Saturn I placed on my Saturnalia shrine is a fresco from the House of the Dioscuri in Pompeii. 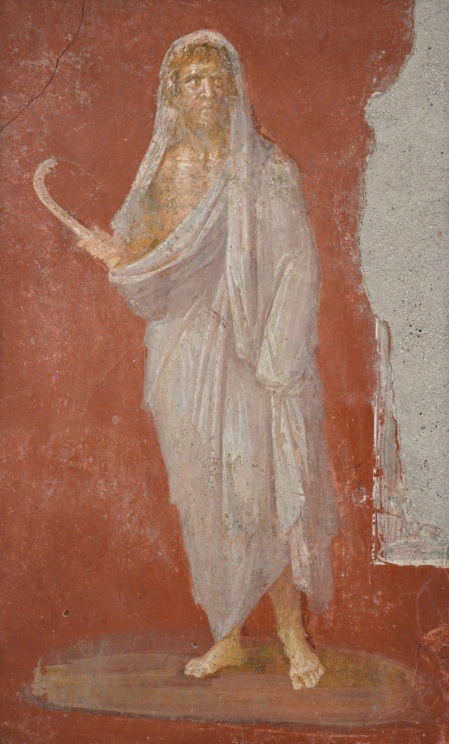 Saturnus with head protected by winter cloak, holding a scythe in his right hand, fresco from the House of the Dioscuri at Pompeii. Naples Archaeological Museum

In addition to the large-scale public feasts at the Temple of Saturn, there was lots of eating and drinking at home, and slaves were allowed to join in. There was a tradition of role-reversal as slaves became masters for at least one banquet.

Gambling and dice-playing, normally prohibited or at best frowned upon, were permitted for all but children usually used nuts as as gambling tokens. 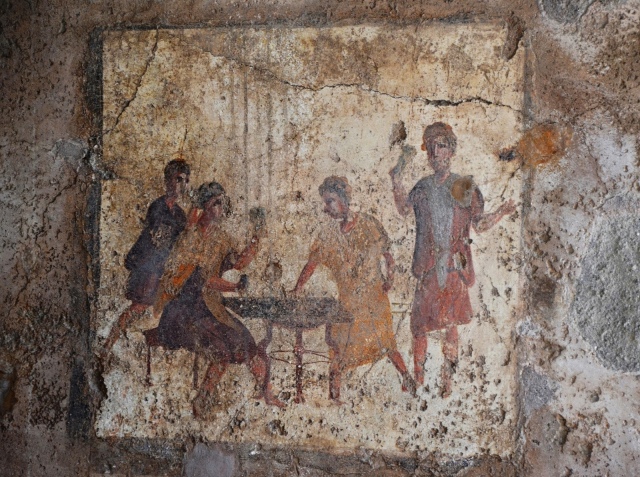 On the first day of Saturnalia, a Lord of Misrule was appointed by throwing the dice. The King of the Saturnalia presided over and could command people to do things like to prepare a banquet or sing a song. The young Nero played that role and mockingly commanded his younger step-brother Britannicus to sing (Tacitus, Annals, 13.15). The last day of Saturnalia was a day of gift-giving when candles, writing tablets, knucklebones as well as small terracotta or wax figurines (sigillaria) were exchanged as gifts (Macrobius, Saturnalia, I.10.24). 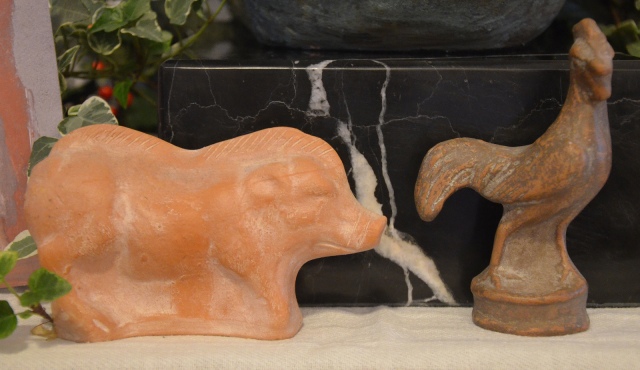 Replicas of terracotta figurines in the form of animals

“At the Saturnalia and Sigillaria he [Hadrian] often surprised his friends with presents, and he gladly received gifts from them and again gave others in return.”

Historia Augusta – The Life of Hadrian

On Saturday I will be cooking a Saturnalia feast. During this banquet, the best of Roman food and Roman wine will be served! To learn more about Saturnalia here are some interesting links: