As a young girl growing up in New York City, Madeline Miller felt a strong attachment to the literature and culture of Greco-Roman civilization. Mesmerized by the heroic exploits of Hercules, Achilles, and Aeneas, Miller pursued her passion at Brown University, where she received a BA and MA in Latin and Ancient Greek. Miller also studied in the Dramaturgy department at Yale University’s School of Drama, where she learned the art of adapting classical texts to modern tastes.

In Miller’s debut novel, The Song of Achilles, the timeless tale of Homer’s Iliad is given new form and direction via the perspective of Achilles’ beloved companion, Patroclus. The heart of the novel is tale of friendship and love between two men, with interlocking fates. Seamlessly blending Homeric convention with modern diction, Miller’s novel is an absorbing and enchanting read. In this interview, James Blake Wiener of the Ancient History Encyclopedia took the time to speak with Miller about her new novel and what inspired her to write about the ancient world.

JW: Ms. Miller, it is such an honor to be speaking with you! You are the first novelist we have spoken to so far and I feel privileged that you have agreed to speak with the Ancient History Encyclopedia.

In your novel, you write of Patroclus’ formative years and budding friendship with the young Achilles, long before the bloodshed in Ilium. Although the subject of Patroclus’ relationship with Achilles has been discussed and contemplated since antiquity, he is a relatively minor character in the Iliad. I wanted to first ask you what it was which drew you to the character of Patroclus–had you always been so intrigued?

MM:  Thank you for having me, James! It’s always a pleasure to speak with fellow lovers of the ancient world.

I came to Patroclus’ story through Achilles. As a child reading the Iliad I can remember being struck by the great hero’s all-consuming rage. But I was even more struck by his grief, the terrible devastation that overtakes him when he loses his companion Patroclus.  I wanted to understand why this minor character meant so much to Achilles, so I began searching for references to Patroclus everywhere I could.  There weren’t very many of them, but what did exist I found both intriguing and moving. For instance, Homer tells us that Patroclus had a tragic childhood–he accidentally killed another boy and was exiled from his kingdom, which is how he came to meet Achilles. I was also quite interested by the fact that he is called “gentle” in the Iliad, an adjective not applied to most ancient Greek heroes.

JW: Was it difficult to find or rather “conjure” the voice of Patroclus? I would imagine that it would be very challenging to write from his perspective as opposed to that of Achilles or Odysseus.

MM: It was a bit of a challenge. When I first began writing the novel, I had Patroclus’ personality very strongly in my mind, but struggled to find his voice. The problem (as it took me about five years to discover) was that I was too much in epic mode. Although the story I was writing was epic, Patroclus’ actual vision of the world came from the lyric genre–he was more rooted in the personal and emotional than gods and destiny. I began looking to ancient lyric poets like Sappho for inspiration. 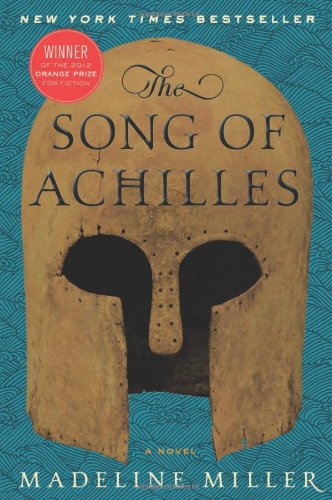 JW: The characterization of Thetis–Achilles’ sea-goddess mother–fascinated me throughout the novel. I was intrigued by her relationship with both Achilles and Patroclus. Though devoted to Achilles, she is constantly infuriated by his preference for Patroclus. I kept debating with myself whether her anger rooted in jealousy, pride, or something else entirely. Could you tell us a little bit more about the mythological Thetis and how your approached her character?

MM:  I have always found Thetis quite tragic in her own right. She is a minor goddess born with extraordinary potential: a prophecy declaring that her son will be greater than his father. Zeus, who had previously desired her, decides to pass her off to a human, just to make sure that this son isn’t powerful enough to threaten him.

Her marriage to the mortal King Peleus is, in many versions of the myth, a horrifying rape. Then, when Achilles is born, she learns that he is fated to die young. So she will be left–for all eternity–entirely alone. I felt that this would make her even more single-minded than gods already are: completely obsessed with her son’s well being, and deeply hostile to anything that she thinks might infringe upon it.

In creating Thetis, I was influenced by ancient ideas about the gods in general. They are terrifying figures, deeply alien, almost antithetical to human life: a glimpse of Zeus in his full glory can incinerate a human. They are also frightening because (with a few exceptions), they cannot really understand human pain or suffering–the loss of a human life is nothing to them. There are so many examples of this, but the one I was thinking about today is Venus in the Aeneid, casually sacrificing the innocent Dido to further her plans for her son Aeneas.

JW: What research went into writing The Song of Achilles? Moreover, did you enjoy the background research that went into your novel? As I understand it, it took ten years for you to complete the novel.

MM: Most of the research was actually done long before I ever thought about writing a novel. I had been studying Greek, Homer and the ancient world in a serious way for at least five years before I began writing. At one point, I even considered doing my thesis on depictions of Achilles through the ages, and spent months in the library reading up on it.  So I was very fortunate: I had a lot of the information at my fingertips when I began writing, and what I didn’t have, I knew how to find quickly.

One of the most important pieces of research I did (though I didn’t know it would turn out to be “research”) was getting to spend a summer on an archaeological dig in Greece, and traveling around the islands. I don’t think I could have written the book if I hadn’t physically experienced the physical beauty of Greece–its sights and smells and textures.

JW: Besides the Iliad and perhaps the Odyssey, did any other works from the classical world help you craft The Song of Achilles? I have read elsewhere that you are a devoted fan of Vergil.

MM:  I am indeed devoted to Vergil, and the Aeneid was very much with me as I was creating this story. In particular, I was inspired by Vergil’s portrait of Pyrrhus, Achilles’ son, from the Aeneid, but generally, I have always been moved by Vergil’s enormous humanity and empathy. He does not flinch from portraying people’s faults, but it is almost always done with the purpose of understanding them.

I love all of the three great Tragedians (Aeschylus, Sophocles and Euripides), but I have to confess a particular fondness for Sophocles. I find the way he gives voice to the displaced and dispossessed, those whom society has left behind, incredibly powerful and moving.

And, as I mentioned above, the lyric poets–from Sappho to Catullus–were also huge sources of inspiration and intellectual nourishment to me.

JW:  Was writing a novel an ambition of yours from a young age or did it simply happen by chance as an adult? Do you have any advice to aspiring novelists?

MM:  I knew from an early age that I loved putting pen to paper. My mother tells a story that one of my grade school teachers pulled her aside and said, “Well, she doesn’t talk much, but as long as she can write she’ll be fine.” What came as a surprise was finally realizing that I could connect my love of writing with my love of Classics. It seems obvious now, but up until I began the book, the two were totally separate disciplines in my mind.

My advice to aspiring novelists, which I learned the hard way, is about the importance of letting a piece sit for a while, and then coming back to it with fresh eyes. It’s amazing the things you’ll catch when you have a bit more perspective. In our rush-rush-rush world, I think it can be hard to let something ripen like that, but the piece will always be better for it.

JW: To conclude this interview, I wanted to ask what project(s) you are currently working on; can AHE contributors and followers expect another novel pertaining to the ancient world at some point in time? Perhaps a novel on Queen Dido or Odysseus?

MM:  I am planning to stay in Homer’s world for at least one more novel. Right now, Odysseus, who was one of my very favorite characters to write in The Song of Achilles, is calling to me; I would love the chance to finish his story. No plans currently for Dido, though I think she would make a fascinating subject, and I hope to see someone give her her due!

JW: Thanks so much Ms. Miller! Congratulations on writing such an exquisite novel and on winning the Orange Prize (see this video interview)! I enjoyed reading The Song of Achilles and I know that many of our readers will as well.

MM: Thank you very much for having me! And I will look forward to following your site in the future.